Black people, Cox said, couldn’t get jobs in many industries, were barred from trying on clothing in department stores and blocked from voting. Few held political office, and housing was segregated – just some of the many disparities.

“Everywhere you looked you were constrained,” said Cox, who was a 22-year-old staff member for the Student Non-Violent Coordinating Committee, or SNCC, when the March on Washington for Jobs and Freedom occurred. “People were telling you what you could not do. We said to ourselves, we are not going to deal with this anymore.”

In the last 57 years, life for Black Americans has improved, in part because of the Civil Rights Act of 1964 that ended segregation in public places and banned employment discrimination based on race. But Cox says there is an urgency to continue the work he and other civil rights activists started.

On Friday, thousands of people are expected to answer this call and gather in Washington, D.C., for the Get Your Knee Off Our Necks Commitment March on Washington hosted by the Rev. Al Sharpton and the National Action Network, or NAN. It will mark the 57th anniversary of the March on Washington, where Martin Luther King Jr. delivered his “I Have a Dream” speech.

The march comes as several police killings of Black people this year have fueled ongoing protests, some of them violent, across the country.

Sharpton first announced the march at the funeral of George Floyd, a 46-year-old Black man who died on Memorial Day when a white police officer in Minneapolis kneeled on his neck for nearly nine minutes.

Protests erupted in Kenosha, Wisconsin this week after graphic video surfaced on social media showing a police officer shooting Jacob Blake, a Black man, in the back several times as he was walking to a car. As of Monday, Blake was in stable condition. Blake’s father, also named Jacob Blake, told the Chicago Sun-Times that his son is paralyzed from the waist down.

The elder Jacob Blake will speak at the march on Friday, according to Rachel Noerdlinger, Sharpton’s spokeswoman.

And in Lafayette, Louisiana, demonstrators gathered this weekend to demand that Mayor-President Josh Guillory resign after Trayford Pellerin, a 31-year-old Black man, was fatally shot by police Friday.

Other controversial deaths included Breonna Taylor, a 26-year-old Black woman shot at least eight times by Louisville police who entered her apartment with a no-knock warrant; Ahmaud Arbery, a 25-year-old black man fatally shot by two white men while jogging through a south Georgia neighborhood; and Rayshard Brooks, a 27-year-old Black man who was fatally shot by an Atlanta police officer after running off with the officer’s Taser.

A push for changes on the national level

Sharpton said the police killings have sparked the need for national police reform. The march is also calling for federal legislation that will stop the voter suppression of Black and brown people.

Sharpton wants the Senate to take up the George Floyd Justice in Policing Act, which would end certain police practices such as the use of no-knock warrants and chokeholds, and the John Lewis Voting Rights Advancement Act, which targets racial discrimination of voters. The U.S. House has passed both bills, but Senate Majority Leader Mitch McConnell refuses to bring them up for a vote.

“What we are saying is the same thing they said 57 years ago: You need federal law,” Sharpton said. “What people are doing in different states is good, but you didn’t get Jim Crow outlawed state by state. You got federal law with the Civil Rights Act of 1964.”

The 1963 march attracted about 250,000 people who gathered in front of the Lincoln Memorial. Sharpton said he initially planned for 100,000 people to attend the march but expects a much smaller crowd Friday because of the COVID-19 pandemic.

A public gathering permit for the march issued by the National Park Service estimates 50,000 will attend.

NAN leaders say they will enforce strict rules during the march including requiring participants to wear masks, checking in at thermometer stations, providing hand sanitizer, restricting access to buses from states or cities that are COVID-19 hot spots and social distancing. There will be a livestream of the march on NAN’s website.

Sharpton, Martin Luther King III, civil rights attorney Ben Crump and the families of Floyd, Taylor, Brooks and Eric Garner, who died in police custody in 2014, are expected to speak at the march.

King, the oldest son of Martin Luther King Jr., said he is pleased to see people of all races uniting to acknowledge that black lives matter.

However, the nation is “nowhere near” fulfilling his father’s dream, he said. 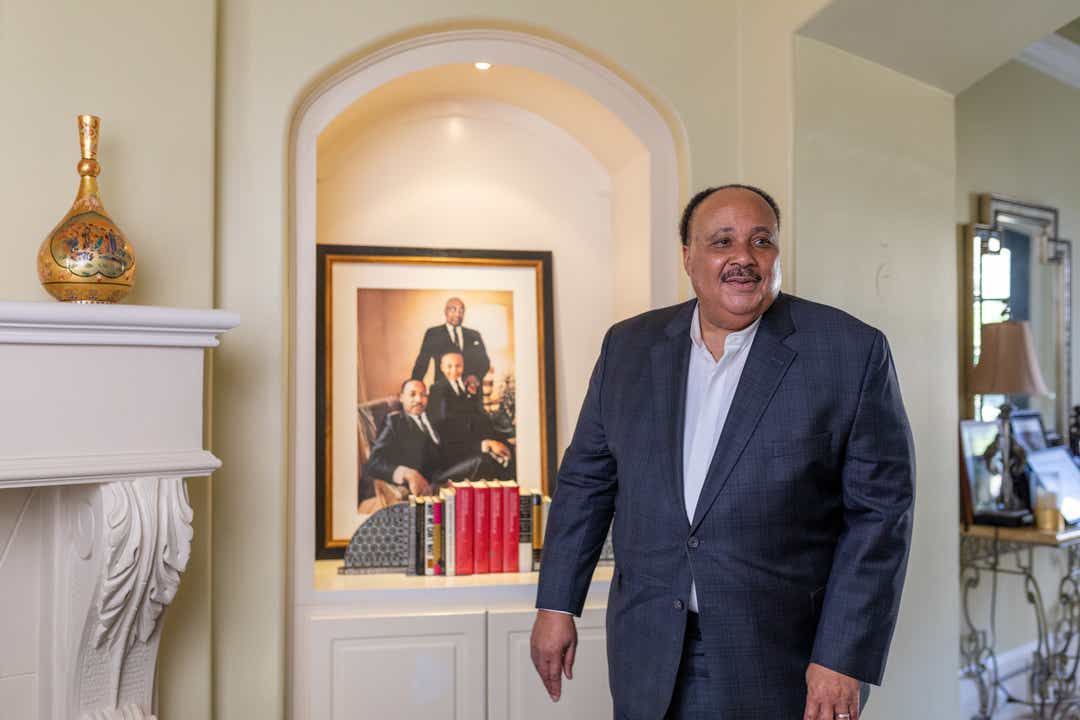 “I do think incremental progress is being made,” King said. “I do not think monumental progress has formulated. But people are not going to stop (protesting) until we see some things begin to happen differently.”

‘Every generation has to face these issues’

Sharpton’s march has been criticized by some who said marching won’t solve America’s battle with racism.

Philomena Wankenge, founder of Freedom Fighters DC in Washington, said the march sends the wrong message that peaceful protests are the answer when demonstrators are still setting buildings and vehicles on fire and being arrested by police as they fight for racial equality.

Wankenge, 22, said Sharpton has done little to acknowledge that young protesters have been asking federal, state and local lawmakers to defund police for three months to no avail. Some are planning to counter protest at the march Friday, she said.

“Liberation is not going to be won peacefully,” Wankenge said. “America is going to have to go in flames before we get it right.”

Critics also said it’s untimely to host a massive march during a pandemic that is disproportionately killing Black people and the elderly.

Cox, 79, said he won’t attend because he is vulnerable to COVID-19.

He said social justice activists and demonstrators should be more focused on voting and gaining political power so they can change laws.

“I don’t think marching is going to deal with the issues we need to deal with,” Cox said.

Sharlene Kranz said she was 17 when she marched in 1963 with her father – a U.S. Department of Labor worker and union member.

Kranz, who was a member of SNCC, said while the march achieved the federal legislation it sought, the country faces a new battle with voter suppression and police violence today.

“It makes me realize that every generation has to face these issues,” said Kranz, 74. “We are not done making America a perfect place by any means.”

Ventilation and air filtration play a key role in preventing the spread of COVID-19...

Who's undecided? Donald Trump's toughest hurdle to pull off a win: Most minds are...